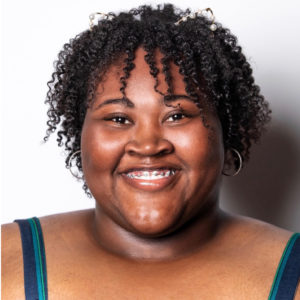 I fully support Teresa Tomlinson as the next US Senator from Georgia. I would strongly urge all young people to support her as well. In a time where women’s rights are under attack, we need a woman from Georgia who will fight back.”

Kiana Jackson is a young community activist and a Senior Political Science major at The Unsinkable Albany State University. Beginning her career in political advocacy on Stacey Abrams Campaign for Governor, Kiana realized the impact she could have on her community. As Founder and President of Young Democrats of Dougherty County, Kiana has taken on the task of increasing youth participation in politics. Ms. Jackson is an executive committee member of Young Democrats of Georgia and serves as the Political Director for College Democrats of Georgia. She was recently awarded the Democratic Party of Georgia’s Bleeding Blue Award at this year’s DPG State Dinner. Kiana has worked with several organizations in order to address voter suppression on college campuses as well as throughout Southwest Georgia.