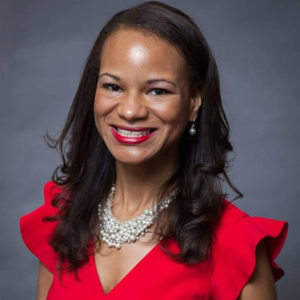 I can’t think of any better time to endorse Teresa Tomlinson than Women’s History Month. She is a trailblazer. The first woman partner in her law firm, the first woman mayor of Columbus, Georgia and now – with our help – she will be the first woman elected to the U.S. Senate from Georgia. Teresa is the very type of accomplished, strong woman we all say we want to be in leadership. That’s why I’m going to work to make that happen.”

Adrienne A. White is VP of Strategy/Business Development at Atlanta based community bank. Previously, she was the VP of Finance of the National Center for Civil and Human Rights. She started her career in Ernst & Young LLP external audit services. Adrienne is a licensed certified public accountant and earned both her Masters of Accountancy and Bachelor of Science, from the University of Virginia.