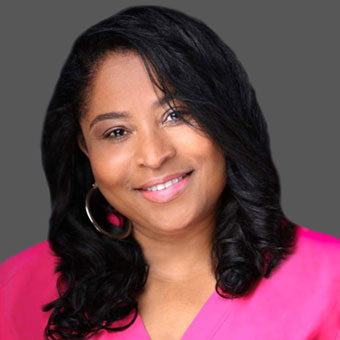 Experience matters! As Mayor of Columbus, Georgia, Teresa also served as head of Public Safety and Homeland Security. I’m supporting Teresa Tomlinson for U.S. Senate because she is ready to serve. I hope that you will join me as we are on the precipice of creating history in Georgia by electing the first woman to the U.S. Senate.”

Atlanta native Andrea L. Boone is serving her first term as a member of the Atlanta City Council representing the citizens of District 10.

The idea of service is not new to Andrea. She has proudly served the citizens of Atlanta through her work in the office of former Atlanta City Councilmember C.T. Martin. She also served over seven years as the City of Atlanta Commissioner in the Mayor’s Office of Constituent Services.

As the chief of staff to the former Dean of the Atlanta City Council, C.T. Martin, Andrea spearheaded his commitment to affordable, public safety improvements and youth empowerment initiatives throughout District 10.

Andrea is a proven advocate who has worked to keep the Atlanta Public School System, Atlanta City Council and the Mayor’s office focused on and prioritizing the needs of residents and neighborhoods in her district.

A graduate of Frederick Douglass High School and Tuskegee University, Andrea is a member of Alpha Kappa Alpha Sorority. Committed to her father’s legacy, she is a life-long member of Rush Memorial Congregational Church.