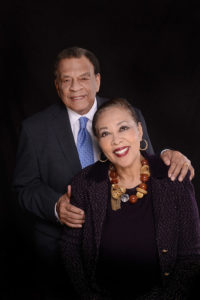 “Carolyn and I fully support Teresa Tomlinson as the next U.S. Senator from Georgia, and we ask all Georgians to do the same. In this moment, Teresa is the change we need to see in Washington, D.C.” – Ambassador Andrew Young

Andrew Young is an iconic civil rights leader who marched alongside Dr. Martin Luther King, Jr. and others to change the course of U.S. history.  He served in the U.S. Congress from Georgia from 1973-1977, and was appointed as the United States Ambassador to the United Nations by President Jimmy Carter. Carolyn Young is a civic leader who helped desegregate the faculty at East Lake Elementary School in Atlanta. She married Ambassador Young in 1996 in Capetown, South Africa and worked as the protocol contact for foreign dignitaries at GoodWorks, International, transnational business management consulting firm.

Endorsements will be released on multiple social media platforms and through traditional press releases.