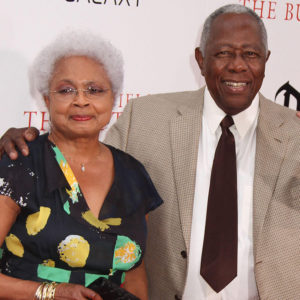 “Billye and I are supporting Teresa Tomlinson for U.S. Senate. I know a power hitter when I see one. Teresa has the fight to stop the dysfunction in D.C. and make it work for Georgians.” – Hank Aaron

Hank Aaron is a Major League baseball legend.  He served as senior vice president of the Atlanta Braves organization and is a civic and philanthropic leader. He lives in Atlanta, Georgia with his wife, Billye Aaron, who is an Atlanta icon in her own right. Billye is a nonprofit executive, a stalwart member of the NAACP and a force behind the UNCF fundraising efforts for Historical Black Colleges and Universities.