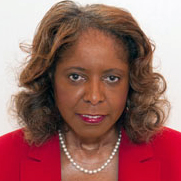 During her eight years as mayor, Teresa Tomlinson and I served together working with our Council to improve the quality of life for our 200,000 citizens and for nearly 3,000 employees. We tackled a lot of challenges, and made major advancements. Teresa is devoted and hard working. She believes that government can do good things when it is run right, and that’s what we endeavored to do every day. Like me, Teresa is not afraid to ask the tough questions. She is a strong and courageous leader, and the people of Georgia will be well-served in having her as our next U.S. Senator.”

Evelyn Turner Pugh has been a Columbus City Councilor for nearly 31 years, serving as the Mayor Pro Tem for many years and with many mayors. She recently announced that she would be retiring from this position due to health challenges. As a native of Columbus, Georgia, she attended Carver High School and Columbus State University. Turner Pugh received her MBA from Columbus State University in 1985. One of her first jobs was as a secretary, but she ultimately decided she wanted to do more and opted to take a position at Blue Cross-Blue Shield. She worked 29½ years at Blue Cross-Blue Shield of Georgia and 15 years with SunTrust Bank.

In 2007, she was named one of Georgia’s top public servants by Georgia Trend magazine. Turner Pugh also served on the Committee to Re-elect U.S. Rep. Sanford Bishop. Councilor Pugh represents Columbus’ District 4 and her last council meeting was Tuesday, Oct. 29, 2019 as she looks forward to spending time with her grandkids.