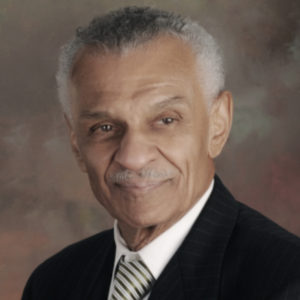 My entire life has been dedicated to fighting for equal rights both at home and abroad. I have worked with some of America’s most esteemed and respected leaders, including Dr. Martin Luther King Jr. and President Barack Obama, and I have seen first-hand the kind of leadership that we need to create a more just and equitable society. My career is not only about celebrating the past and how far we’ve come, but also about what we can accomplish in the future and how far we still have to go. I am always looking for the next generation of leaders that will carry the torch and honor the legacies of those who have dedicated, and in many cases, given their lives to advance our cause. I am proud to support Teresa Tomlinson for U.S. Senate because she has proven that she is one of those leaders.”

Dr. C.T. Vivian is a recipient of the nation’s highest civilian honor — the Presidential Medal of Freedom. He has lived a life of service beginning with the then budding civil rights movement. He participated in his first successful non-violent direct action movement in 1947 and went on to participate in movements across the country. He played a crucial role in the passage of both the Civil Rights Act and Voting Rights Act, and most notably, he served as the National Director of Affiliates of the Southern Christian Leadership Conference (SCLC) where he worked closely with Dr. Martin Luther King Jr.

Dr. Vivian currently serves as Board Chair of the nation’s oldest diversity consulting firm, BASIC Diversity Inc., and Dean of the Urban Institute at the Interdenominational Theological Center in Atlanta, Georgia.

He has provided civil rights counsel to Presidents Johnson, Carter, Reagan, Clinton and Obama, and he also served as part of a team of religious advisors to President Barack Obama during his successful 2008 campaign. In 2008, he founded the C.T. Vivian Leadership Institute, Inc. to train and educate the new generation of grassroots leaders, and he has also served as the National President of the Southern Christian Leadership Conference. (SCLC),

Dr. Vivian’s work extends beyond the borders of the United States. He has advised foreign heads of state, addressed the United Nations, addressed the World Baptist Alliance, made several human rights assistance visits to Cuba where he has personally met Fidel Castro, and served on an independent United Nations (UN) Committee on Human Rights Education.