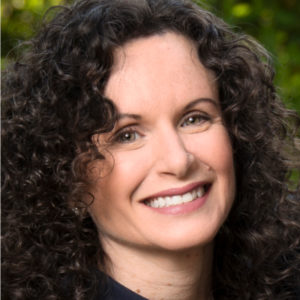 Columbus, GA – Teresa Tomlinson, candidate for U.S. Senate in Georgia, announced that Michèle Taylor has come on board as the campaign’s Senior Advisor. Taylor brings to the team decades of experience as an active community volunteer and lifelong Human Rights champion. She served as Vice Chair of the National Finance Committee of the DNC during the second term of the Obama Administration and helped to research and author the White House’s 20th anniversary report of the Violence Against Women Act in 2014. Taylor has held leadership and strategic positions on national, federal, and state-wide campaigns going back 30+ years.

Taylor’s efforts also include addressing modern genocide and atrocities as the daughter of a Holocaust survivor. She served for five years as a member of the United States Holocaust Memorial Council, to which she was appointed by President Obama. She continues to serve on the US Holocaust Memorial Museum’s Committee on Conscience.

In her home state of Georgia, Taylor serves as the development chair for the board of the National Center for Civil and Human Rights, as treasurer of Atlanta’s Midtown Improvement District, and as guest programming committee co-chair and governance chair for the Atlanta Jewish Film Festival. Taylor is also a Lead Instructor and Course Director for Outward Bound where she educates students in a wilderness setting, including Georgia public school students and military veterans.

“I have followed Teresa Tomlinson’s career for some time and I am thrilled that she is running to unseat David Perdue in the U.S. Senate. Teresa’s strength of character, dedication to public service, and commitment to good governance are the representation Georgia deserves,” Taylor stated.

Taylor went on to say, “The outcome of the 2020 Senate elections is critical given the important legislative issues and many judicial confirmations that will take place. Teresa Tomlinson will fight for the values we believe in, just as she always has. She is not afraid to take on David Perdue and I am convinced she is our best shot to unseat him in 2020.”

Taylor’s announcement comes during a long line of endorsements received by the campaign that further validate the strength of the campaign. From civil rights icon Andrew Young and his wife Carolyn to legends like Hank and Billye Aaron, many have lent their support to ensuring the success of Team Tomlinson and it’s quest to unseat David Perdue. All of the campaign’s endorsements can be viewed here: https://teresatomlinson.com/endorsements.

“We are honored to have Michèle Taylor join our team as a strategic advisor. Her experience is invaluable,” Tomlinson stated. “Georgians are looking for a senator who can make government work for them. Michèle’s guidance is sure to help us speak to all Georgians that are demanding that we lead with a 21st century vision of better governing principles.” Tomlinson continued.

During her time as Mayor of Columbus, Teresa Tomlinson enacted a host of progressive policies which successfully increased the quality of life for Columbus residents while saving citizens tens of millions of dollars. Tomlinson reformed the city budget, including the employee healthcare and pension plans, decreased unemployment, instituted the Rapid Resolution Program to expeditiously resolve non-violent felony charges and reduce holding times for lower-grade crimes, turned around struggling neighborhoods, lowered crime by more than 40%, reduced homelessness, created 66 miles of an interconnected alternative transportation system, completed a feasibility study for high speed passenger rail from Columbus to Atlanta, made the public transit system more energy efficient, removed an environmental threat from the banks of the Chattahoochee River, and reinvigorated the city’s tourism industry – all while providing services at the lowest per capita rate of any major cities in Georgia. Near the end of her second term, Columbus was named one of the 25 Best Run Cities in America.

Teresa Tomlinson is an eighth-generation Georgian whose mother came out of generational poverty in South Georgia. Teresa was born and raised in Atlanta and is a proud graduate of Georgia public schools. She graduated with a dual degree in government and economics from Sweet Briar College, an all-women’s college, before earning her law degree from Emory University.