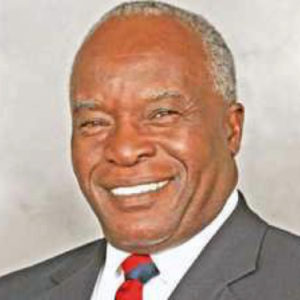 “I had the opportunity to work with former Mayor Teresa Tomlinson as one of two dozen Hub-City Mayors in Georgia. She understands the importance of Georgia’s military bases to our economy and to our communities. Teresa also has a vision for how government must work for people in the 21st century. We need to grab the opportunity to get an experienced leader who is focused on the future. Teresa is that leader, and I am proud to support her candidacy for U.S. Senate.”

Jim Thomas is the former Mayor of Hinesville, Georgia. While mayor, he was a member of the Georgia Municipal Association, and was a member of the Hub-City Mayor Coalition. Thomas is a former military officer, who has served on the Liberty County Planning Commission the Hinesville Metropolitan Planning Commission, the Hinesville Architectural Review Board, and several other civic organizations. As a civil service employee, he served as a liaison between Fort Stewart, Liberty County and the City of Hinesville. He also served on the Joint-Use Airport Committee from its inception and worked with the Military Affairs Committee.