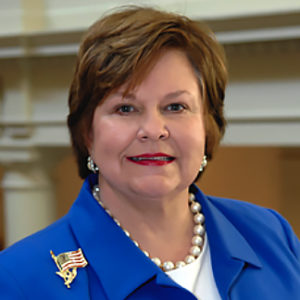 You see Teresa all over this state meeting people and hearing their concerns. She has already held more town hall forums than the incumbent senator has in his six years in office. I fully support Teresa Tomlinson for US Senate because she is our best chance to beat David Perdue, and because she will work tirelessly to represent Georgians and repair our democracy.”

Gail Buckner served sixteen years in the Georgia House of Representatives representing part of Clayton County. She served two years in the Georgia Senate representing a part of Henry County and Clayton County. In 2006, Buckner was a nominee for Secretary of State. She also served a term as president of the National Foundation for Women Legislators.

Buckner received a Bachelor of Science from Clayton State University with an emphasis in Integrated Studies and Communications.