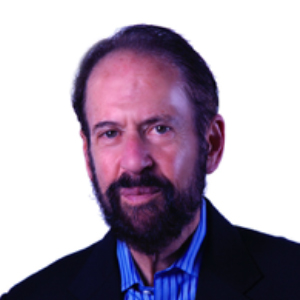 Columbus, GA – Teresa Tomlinson, candidate for U.S. Senate in Georgia, announced that Steve Leeds has come onboard as the National Finance Chair for the campaign. Leeds brings to the team decades of experience having served as the Chair for Senator Max Cleland’s campaigns and political committees, Senior Advisor to Michelle Nunn in her 2014 Senate race, member of the Board of Trustees of the Democratic Senatorial Campaign Committee, and as a member of the National Finance Committee for President Obama, as well as serving in his Administration in Washington.

It is expected that the cost of this primary will fall in the range of $3 – $3.5 million. Team Tomlinson expects to land within that range in early 2020.

“Together, this team brings a wealth of experience and diversity,” Leeds said. “I am looking forward to combining my experience with an already strong team that is working hard to send Teresa Tomlinson to the U.S. Senate.”

Overall the campaign has raised $932,000 from more than 7,700 contributions. This number includes more than 5,100 unique donors in Georgia and from all 50 states. More than $600 000, or 67%, was raised from inside the state, proving this is a campaign for Georgians and by Georgians. With more than 89% of donations under $200, Tomlinson has built a strong, grassroots-fueled, low-dollar fundraising operation which will continue to power her efforts straight through to the election.

“Georgians are demanding that we rethink our challenges and lead with a 21st century vision of better governing principles. We see this breadth of consensus in the more than 7700 contributions made to the campaign thus far,” said Tomlinson.

“We are thrilled to have Steve onboard. I have witnessed his effective fundraising efforts through the years, and I am honored that he has made the decision to be our National Finance Chair,” Tomlinson continued.

During her time as Mayor of Columbus, Teresa Tomlinson enacted a host of progressive policies which successfully increased the quality of life for Columbus residents while saving citizens tens of millions of dollars. Tomlinson reformed the city budget, including the employee healthcare and pension plans, decreased unemployment, instituted the Rapid Resolution Program to expeditiously resolve non-violent felony charges and reduce holding times for lower-grade crimes, turned around struggling neighborhoods, lowered crime by more than 40%, reduced homelessness, created 66 miles of an interconnected alternative transportation system, completed a feasibility study for high speed passenger rail from Columbus to Atlanta, made the public transit system more energy efficient, removed an environmental threat from the banks of the Chattahoochee River, and reinvigorated the city’s tourism industry – all while providing services at the lowest per capita rate of any major cities in Georgia. Near the end of her second term, Columbus was named one of the 25 Best Run Cities in America.

Teresa Tomlinson is an eighth-generation Georgian whose mother came out of generational poverty in South Georgia. Teresa was born and raised in Atlanta and is a proud graduate of Georgia public schools. She graduated with a dual degree in government and economics from Sweet Briar College, an all-women’s college, before earning her law degree from Emory University.