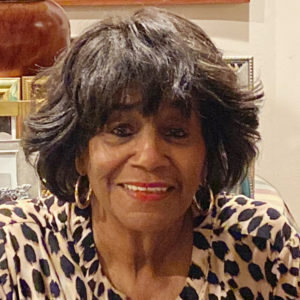 I have seen many candidates come and go. Teresa has exactly what it takes to lead people, and the determination and skill to win this election. Talk to her for ten minutes and you will see that no one will stop her from pursuing justice, fairness and good government for the people she serves. Teresa is the best candidate to represent us in the U.S. Senate and I ask that you join me in working to make that happen.”

Henrietta Antoinin was the face of Atlanta Life Insurance Company (Atlanta Life Financial Group) for many years. As a member of their senior management team, she directed the image of Atlanta Life, the nation’s largest African-American stock-owned life insurance company.

At the direction of Jesse Hill, the president of Atlanta Life from 1973 to 1992, Ms. Antoinin implemented an Atlanta city-wide voter registration program in 1962 that registered at least one hundred thousand African-Americans – before the Voter Education Project. Many would say that this effort was one of the pieces that elected Maynard Jackson mayor of the city of Atlanta.

She served on the Executive Committee of the Atlanta Branch of the NAACP for many years. Ms. Antoinin is also a member of the Georgia Coalition of Black Women, and is on the board of the Atlanta Rainbow PUSH Coalition Wall Street Project.

Ms. Antoinin was appointed by Governor Roy Barnes as Commissioner for the Martin Luther King Jr. State Holiday.  She was the Vice Chair of the Democratic Party Coordinating Committee. She was the founding president of the Atlanta Political Congress for Black Women where Shirley Chisholm was the national chair.