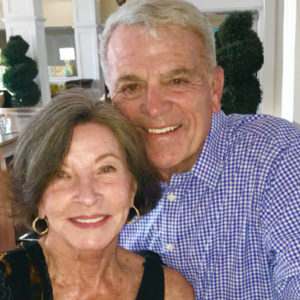 The American political system has been a lodestar for the world’s democracies for more than two hundred years, but we can never take it for granted. Each succeeding generation needs political leaders of courage, competence and integrity who recognize the critical importance of America’s leadership role in the world, who constantly work to preserve our fundamental values as a nation, and who always act in the best interests of the American people. We believe Teresa Tomlinson is such a leader and hope you’ll join us in supporting her as Georgia’s next United States Senator.”

Hon. Elizabeth Glazebrook Watson has mediated and arbitrated a wide variety of civil cases, including high stakes business, medical malpractice, and other tort cases. After stepping down from the bench in March 1996, Judge Watson became affiliated with JAMS, an international private-sector mediation/arbitration firm, as an independent mediator and arbitrator. She served 12 years in the Appalachian Judicial Circuit of North Georgia, four years as Chief Juvenile Court Judge and eight years as Superior Court Judge. Judge Watson is a graduate of the University of Kentucky and Emory Law School.

Jack Watson served as head of the Carter-Mondale Policy Planning Group in 1976 and then as Director of the Carter-Mondale Transition Team during the transition of government from President Ford to President Carter. In 1980-81, he directed the transition of government from President Carter to President Reagan. During the Carter Administration, he served as Assistant to the President for Intergovernmental Affairs, Secretary to the President’s Cabinet, and White House Chief of Staff. He chaired the President’s Interagency Coordinating Council created by Executive Order in 1978 to coordinate implementation of the President’s domestic policy. He served as an officer in the United States Marine Corps and left the Marine Corps with the rank of Captain. He is a graduate of Vanderbilt University and Harvard Law School.