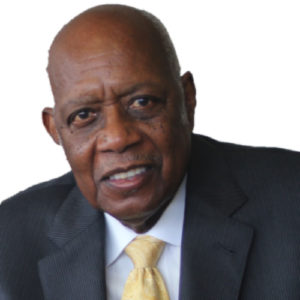 “I have spent my life helping people who live on the margins of society – those that are powerless and need someone to speak on their behalf. Teresa Tomlinson will be a tireless champion for the vulnerable populations not only in Georgia, but across our country. We need someone in DC who understands that we all can prosper – not just some. Join me in supporting Teresa Tomlinson for US Senate. She knows how to make government work for all people.”

Human rights activist Joseph Henry Beasley was born to sharecroppers on a rural plantation in Inman, Georgia on December 27, 1936. Beasley received his primary education in a segregated one-room school house before moving with his family to Cincinnati, Ohio. Beasley was the Southern Regional Director of the National Rainbow/PUSH Coalition, founded by the Rev. Jesse Jackson, Sr. and President of African Ascension, an organization he formed to develop economic and political ties throughout Africa and the African Diaspora. Beasley served as a board member of the Center for Constitutional Rights in New York City, Afronet in Lusaka, Zambia, Afrobras in Sao Paulo, Brazil, Christ Institute in Atlanta and is Chairman of both the Benedita de Silva International Foundation and the Asian American Center, both in Atlanta, Georgia and currently serves on the Board of African Leadership Magazine.