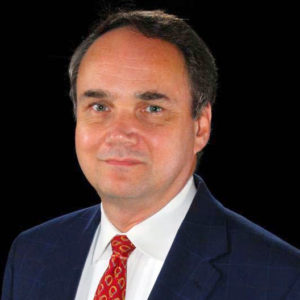 Teresa Tomlinson is the U.S. Senator we need now. She is a problem solver who knows the needs of Georgians, and how to get results. She lived in and loved DeKalb County for the first 28 years of her life. For DeKalb, for Georgians, and for the nation, Teresa is the right choice.”

Jeff Rader currently serves as the DeKalb County Commissioner. He represents more than 140,000 residents of District 2, which includes the city of Decatur, much of the cities of Brookhaven and Chamblee and part of Atlanta, along with communities between Emory University and Northlake Mall in unincorporated DeKalb County. He was reelected in November 2018 for a fourth term of service, served two terms as the Presiding Officer of the DeKalb County Commission.

In addition to his role as a public official, Commissioner Rader is a city planner, and has held staff positions in local government, served as Vice President for Transportation Programs at the Metro Atlanta Chamber of Commerce, the inaugural Planning Director of the Georgia Regional Transportation Authority, Executive Director of the Regional Business Coalition, and Vice President of the Greater Atlanta Home Builders Association.

Mr. Rader’s work has been widely recognized. In 2014, he was honored by Common Cause with a Democracy Award for his work to improve governmental transparency. In 2013, and 2020 he received ACCG’s Legislative Advocacy Award. Prior awards include Citizen Action’s Citizen of the Year and a German Marshall Fund of the United States Fellowship.