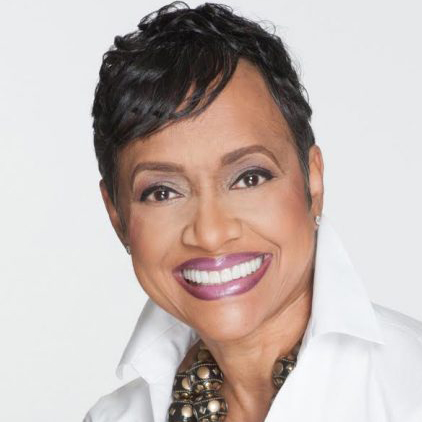 I’m supporting Teresa Tomlinson for U.S. Senate because of her bold leadership and her keen sense of service. Her professional experience has honed her skills for resolving dysfunctional systems, and the U.S. Senate is in desperate need of that skill set. Like me, she does not tolerate excuses: she just gets the job done. I know that she will work tirelessly to make government work for the people it serves.”

Judge Glenda Hatchett is a graduate of Mount Holyoke College and Emory University School of Law, where she was an Earl Warren Scholar. Following law school, she completed a prestigious federal clerkship in the United States District Court, Northern District of Georgia. For ten years, she was the highest-ranking woman of color worldwide at Delta Air Lines, where she was Senior Attorney specializing in labor/personnel and antitrust litigation and commercial acquisitions. As Public Relations Manager, she supervised global crisis management and handled media relations for 50 U.S. cities, as well as all of Europe and Asia. She made the difficult decision to leave Delta Airlines when she was appointed as the Chief Presiding Judge of the Fulton County, Georgia Juvenile Court, making her Georgia’s first African-American Chief Presiding Judge of a state court and the department head of one of the largest juvenile court systems in the country. Glenda Hatchett is the star of the former court show, Judge Hatchett. She is now the principal at The Hatchett Firm, in Atlanta, Georgia.