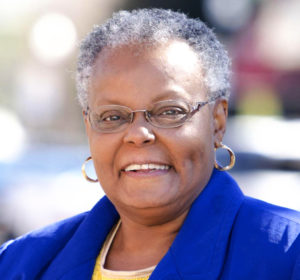 “Teresa Tomlinson’s reputation precedes her. As the successful Mayor of Columbus, Georgia, Teresa knows this region, she knows our journey – both our challenges and our successes. She understands and respects the people of Central and South Georgia, and that is why I am supporting her for the United States Senate.”

Mayor Barbara Williams started her career in the field of music education. She taught at every level from Primary to becoming an Adjunct Professor at her Alma Mater The Fort Valley State University. She was the first African American female band director to serve at the high school level in the State of Georgia. In 1998, she was elected to the Fort Valley City Council and was re-elected to the same seat for three consecutive terms running unopposed. On November 5, 2013 the citizens of Fort Valley elected Mrs. Williams the 16th Mayor of the City of Fort Valley, GA making her the first African American female mayor of this city.