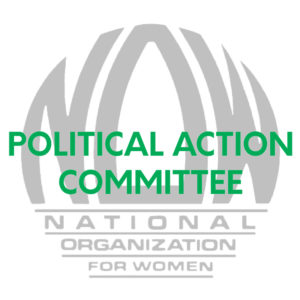 NOW PAC is the political arm of NOW, the largest grassroots feminist organization in the country.

“Teresa Tomlinson has a life-long record of championing feminists values in her political, professional and personal life. Georgia deserves a Senator who will champion equality for women and girls in their schools, their workplaces and in their private health decisions. That will be Teresa,” said Toni Van Pelt, Chairwoman, National Organization for Women Political Action Committee.

Tomlinson is a proud Democrat and has been a champion for women her entire life. From same-sex marriage to uplifting the reproductive rights of women, Tomlinson does not shy away from tough issues.

“I am honored to have the endorsement of NOW PAC as it signifies the work that I have done to lift up women for over three decades,” Tomlinson stated. “It pains me to see where we are on many of these issues related to women, but we must not stop fighting and organizations like the NOW PAC continue to lead the way and to help lift-up the leaders who will make a difference. Their partnership will be invaluable to our campaign,” Tomlinson continued.

Triana Arnold James, President of (GA NOW) said, “As two-term Mayor of Columbus, Teresa Tomlinson developed a well-earned reputation as a can-do mayor and fierce advocate for women. As we face unprecedented assaults on our rights and freedoms, women across America would find no stronger advocate in the halls of the US Senate than Teresa Tomlinson which is why we so enthusiastically recommended her to NOW PAC for endorsement.”

Tomlinson was twice elected Mayor of Columbus, each time with more than 60% in a majority African-American city. As mayor, she helped propel the city to be named one of the 25 Best Run Cities in America. As a proud Democrat, Tomlinson is strongly pro-choice, supports universal health care, supports environmental protections and will fight tirelessly against voter suppression and racial discrimination.

Teresa has also been endorsed by Democracy for America and some 50 Democratic leaders and activists from every region and every walk of life in Georgia.

Learn more about Teresa at teresatomlinson.com/meet-teresa