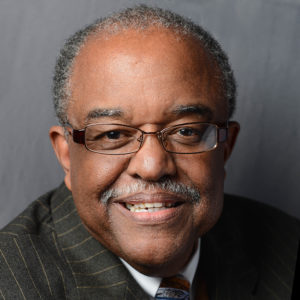 Teresa has proven her leadership and love for Georgia through her service as mayor of the city of Columbus and great civic involvement always for the betterment of Georgia. She will be a great U.S. Senator.”

State Representative, Al Williams, was elected to the Georgia Legislature in 2002 after a life of civic and political involvement. His first involvement being a door knocker for John F. Kennedy in 1960 at the age of 13 – receiving his first NAACP card, thus, becoming the first Youth Council President in the Liberty County Branch of the NAACP. He later served as State Youth Council Vice President for Georgia, became the first African American National Committeeman for the Young Democrats of Georgia, and the first African American to be elected to the Georgia House of Representatives from Liberty County since Reconstruction.

On the State House, he serves on The Rules Committee, the Appropriations Committee for Public Safety, Economic Development and Tourism, and Game Fish and Parks. He has recently been appointed to the Special Committee on Base Realignment and to the State Pipeline Commission. Making him the only Democratic to be appointed. He also serves as Chairman of the Policy Committee of the State House Democratic Caucus. He is past chairman of The Georgia Legislative Black Caucus, the largest Black Caucus in America.

Representative Williams received a Trumpet Award, a nationally recognized award in 2008. He is the recipient of many local, state, and national awards. He marched in 1963 at the first March on Washington, and in 1965 from Selma to Montgomery. He was jailed 17 times during the Civil Rights Movement. He has been a delegate to six Democratic National Conventions and this year was on the Rules Committee for the recently held Convention in Philadelphia.

In 2000 he took the trip of his life, a pilgrimage to the Holy Land with his wife of 38 years Olivia. He and his wife have five sons.