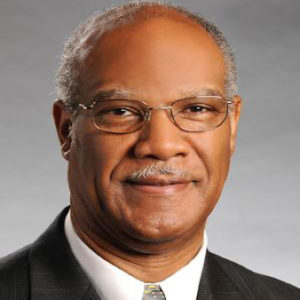 I have known Teresa Tomlinson for many years. She was not only my mayor for eight years and my constituent, but I consider her a friend. Under her leadership, Columbus, Georgia became one of the 25 Best Run cities in America. She understands how to deliver good government. I hope that you will join me as I join the other Democratic members of the Columbus Legislative Delegation in electing Teresa to the United States Senate.”

Calvin Smyre is the “Dean of the Georgia House of Representatives” as its longest-serving member and is one of Georgia’s most stalwart leaders with a distinguished legislative record. He represents Georgia’s 135th district in Columbus, Southwest Georgia. Rep. Smyre was elected in 1974 as the youngest member of the House of Representatives at the time and has honorably served for 46 years in the House. In 1985, he made history being appointed as Georgia’s first African-American Floor Leader. In 1984, he was the first African-American state elected official elected to the Democratic National Committee, and in 2001 he was appointed as Georgia’s first African-American Chairman of the Democratic Party of Georgia. Rep. Smyre is Chairman Emeritus of the Georgia House Democratic Caucus and President Emeritus of the National Black Caucus of State Legislators.