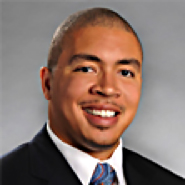 During my first campaign for the Georgia House, we ran on the premise of new ideas and Georgia values. I am supporting Teresa Tomlinson for U.S. Senate because she is a proven leader who knows how to implement new ideas while still respecting the perspectives of all Georgians. Teresa truly is the change agent we need in Washington, D.C.”

Gordon was first elected to the Georgia House in 2006 and currently serves on the Economic Development and Tourism, Health and Human Services, Retirement, and Special Rules committees. In 2013, Gordon introduced a bill that would study the possibility of a high-speed rail line between Savannah, Georgia and Atlanta, Georgia. Gordon also supports deepening the shipping channel of the Savannah River. Gordon is the CEO of Statewide Healthcare, and also worked at the Savannah International Trade Center. He is a member of the 100 Black Men of Savannah since 2001, a charter member of the Coastal Network Group and serves on The Georgia Entertainment Caucus chaired by music legend Dallas Austin.