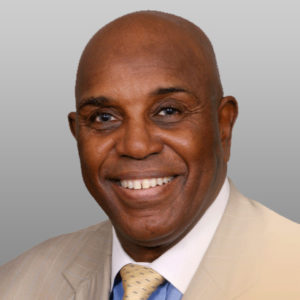 Teresa Tomlinson is the consummate public servant whose skills for accomplishing goals are only overshadowed by her high levels of unquestionable integrity, intelligence, and moral character. Teresa knows and cares about those who elect her and their life-sustaining issues. That is the very type of person we need in the U.S. Senate, and that is why I am asking you to join me in supporting her candidacy.”

Dr. Durley was Dean of Student Affairs at Clark Atlanta University and a member of the executive leadership team at Morehouse School of Medicine. He is a founder and former president of the Concerned Black Clergy of Atlanta, a member of the Board of Ministers of Morehouse College, a member of the Atlanta Beltline Project, and a member of Kappa Alpha Psi Fraternity. He also serves on the board of the National Association for the Advancement of Colored People (NAACP) of Atlanta.

He earned a BS in psychology from Tennessee State University, a Masters of Science from Northern Illinois University, a doctorate in Urban Education and Psychology at the University of Massachusetts, and a Master of Divinity from Howard University. He is married to Muriel West Durley.