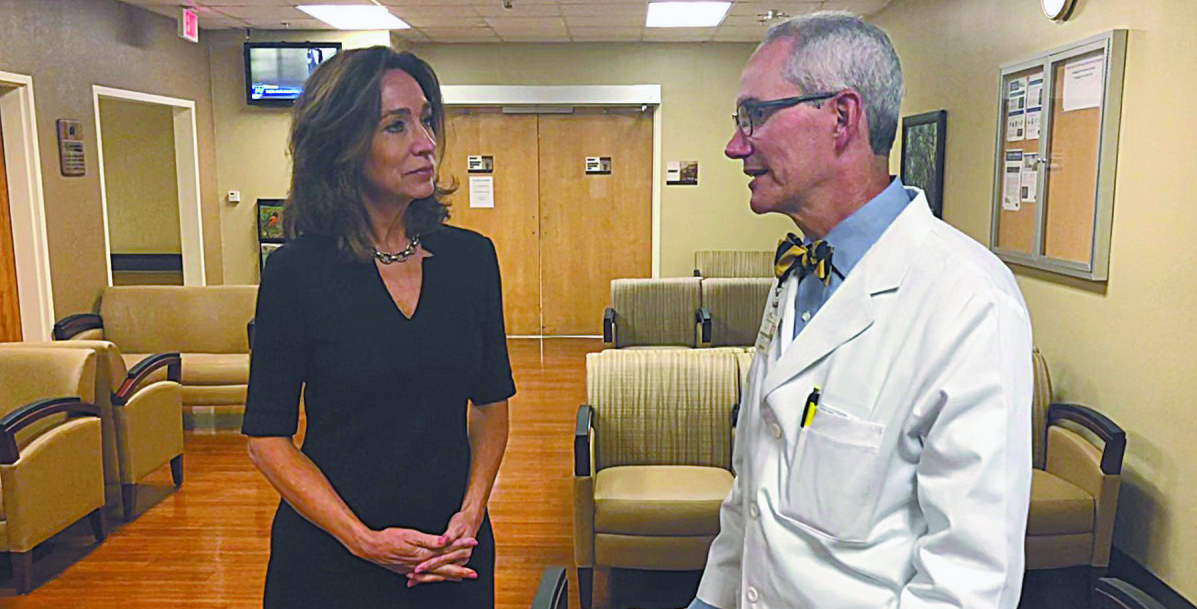 Published in the Cairo Messenger

Tomlinson, an attorney, is former mayor of Columbus, Georgia’s second largest city, the candidate points out. Although she was raised in Atlanta, Tomlinson says her mother is from the Moultrie area and she spent time in South Georgia as a child. She even remembers attending Whigham’s Rattlesnake Roundup.

Tomlinson says as an attorney and politician she has been unafraid to tackle complex issues, a trait that she says would serve her well if elected. “Resolving dysfunction; the U.S. Senate is in desperate need of that,” she said.

Tomlinson, 54, is running for the Democratic nomination to unseat incumbent U.S. Sen. David Perdue, a Republican. Local voters have an opportunity to meet the candidate today, Wednesday, Aug. 8, during a casual meet and greet held at the Cairo Senior Center, 33 17th Ave. N.W., 6:30 p.m.-7:30 p.m..

The former mayor says as she travels the state, exhaustion with instability in government is the number one issue she hears about from people of both political persuasions. “I think we took for granted how important government is to our life. For the last four years, people have said government is the problem and we don’t want it around. Now, we see what happens when it doesn’t work,” Tomlinson said. “People are exhausted with the instability and dysfunction.”

In the coming months, Tomlinson says she plans to visit every county in the state. This is her second trip to South Georgia since she announced her candidacy in May. “How I intend to erode his (Perdue’s) advantage (of incumbency) is being out here so early so the first time you see me isn’t the week before early voting starts. I’ve been here and I’ve experienced your community,” Tomlinson said.

Before facing Perdue, she will have to win the Democratic nomination. Currently, only Clarkston Mayor Ted Terry has announced his plans to also run for the nomination. Political watchers say others could also announce.

Tomlinson does not shy away from Primary competition. She said it is a “great opportunity to distinguish and differentiate” herself and talk about her experience and substance.

She encouraged voters to seriously consider candidates of all parties. “If we allow a one party rule, then there’s no reason for them to fight for your vote. That’s why you don’t see him (Perdue). Unless voters start making choices, they’ll be taken for granted,” she said.

Tomlinson visited Seminole, Grady and Thomas counties Tuesday, and planned to visit Decatur County and return to Grady County today for the “Meet and Greet” at the Cairo Senior Center.

Tomlinson graduated from Chamblee High School in Atlanta, Sweet Briar College in Virginia and Emory Law School. In 1994, she moved from Atlanta to Columbus and married Wade “Trip” Tomlinson, a Columbus native, several years later. She is currently on leave from the law firm Hall Booth Smith, where she is a partner.