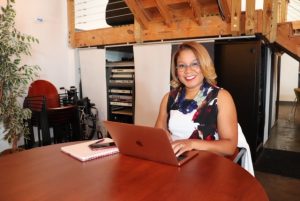 “Kendra Cotton is the ideal manager for this marathon effort to win the Democratic nomination and, then, beat David Perdue,” said Tomlinson. “She has extensive experience in all 159 counties in Georgia. She is a seasoned campaign professional with a strategic mind and a natural intuition as to what is important to regular folk.”

Cotton has more than 19 years of experience building and cultivating relationships to advance an agenda for the candidates, elected officials, and organizations she serves.

“Georgia Democrats are itching to put one up in the win column statewide and are ready to bring the fight to David Perdue and the Washington dysfunction he epitomizes,” said Cotton. “We’re building a true grassroots movement to take on the status quo here in Georgia and in D.C. After surveying the field of announced and ‘may announce’ candidates, I knew that I had to go all in to support Teresa Tomlinson in her quest to flip the Senate for Democrats. Teresa is a proven progressive with the experience, leadership, and courage to take this fight to the DC cronies and win. This is not a game and we do not intend to play around.”

Most recently Kendra was founding executive director of Rep GA Institute, Inc., a statewide nonpartisan leadership training hub. Prior to this role, she was the campaign manager for the successful Georgia Association of Educators’ Vote “NO” on Amendment 1 statewide ballot initiative during the November 2016 election cycle. She was also the political director for the Democratic Party of Georgia. Prior to relocating to Georgia, Cotton had a 16 year career in politics and policy in North Carolina. 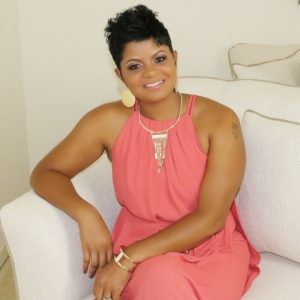 Nicole Henderson joins the campaign as its Communications Director. Nicole is a public relations and political communications strategist. Henderson brings over 17 years experience working in a variety of environments spanning ad agencies, higher education, small businesses, large corporations and not-for-profit agencies to PaveItBlue, a Georgia-based grassroots organizing organization with over 5,000 members. During the 2019 state legislative session, Nicole served as a member of the communications team supporting Jon Ossoff’s 2017 special election campaign in Georgia’s 6th Congressional District. Prior to her transition to political communications, she worked five years as the Site Communications Manager with Michelin North America.

Nicole resides in Alpharetta with her husband and their three children. She is a member of Alpha Kappa Alpha Sorority, Inc. 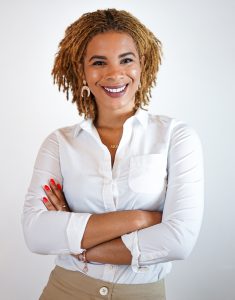 Bree Johnson, a St. Louis native, is a Digital Strategist with extensive experience in Web Design, Social Media Management, and Email Marketing. In 2014 she graduated with her Bachelors of Arts in Business Administration w/ Marketing Concentration going on to complete her Masters in Marketing and Advertising Communications in December 2017. In April 2018, Bree moved to Atlanta, Georgia where she worked as the Digital Director for the Democratic Party of Georgia to help elect Stacey Abrams and Democrats across Georgia. During her time at the Democratic Party of Georgia, Bree ran a robust statewide digital program, facilitating strategic digital campaigns within multiple departments that allowed us to mobilize thousands of volunteers, raise thousands of dollars, and share our message extensively to voters across Georgia.

Bree resides in Smyrna and is a member of Alpha Kappa Alpha Sorority, Inc.