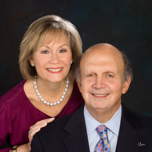 “We are working hard to send Teresa to the US Senate. We’ve been around Georgia politics for some time and know that Teresa is the right combination of experience, smarts and values. She is principled, but pragmatic. As evidenced by her accomplishments during her eight years as Mayor of Columbus, Teresa has demonstrated her ability to pull together people with differing points of view and build coalitions from neighborhood groups to the business community. With her deep Georgia roots, extensive resume, gravitas and tireless energy, she is the best candidate to represent Georgia and bring about the positive changes we need to see in Washington.”

Steve Labovitz focuses on government affairs at a local, state and federal level, with an emphasis on legislative action, economic development, public finance, privatization and government efficiency at Dentons. Prior to joining Dentons, Mr. Labovitz served as Chief of Staff for the City of Atlanta from 1994 to 1997. Generally regarded as having brought business acumen and organization to Atlanta’s City Hall, Mr. Labovitz was instrumental in the redevelopment of the downtown business district. He is noted as the architect of the financial and business terms leading to the $141 million Philips Arena in downtown Atlanta, where an additional $72 million in public improvements were associated with the arena.

Mr. Labovitz was recently named one of Atlanta’s 500 most powerful leaders by Atlanta Magazine and one of Georgia’s most powerful and influential lawyers by Men Looking Ahead Magazine. He has been recognized as a “Georgia Super Lawyer” in the area of Government Law by Atlanta Magazine and has been named to Georgia Trend’s Legal Elite in Governmental Affairs numerous times.

Sheri S. Labovitz is a retired commercial real estate attorney and former partner at Alston & Bird and Minkin & Snyder (now Greenberg Traurig). At Alston and Bird, Sheri pioneered the reduced hour partner track. Currently, Sheri is the Immediate Past President of Second Helpings Atlanta, Inc., a growing food rescue organization. Several years ago, Sheri served as a Deputy Finance Director for U.S. senatorial candidate Michelle Nunn, and is currently Treasurer of Teresa Tomlinson’s campaign. A former President of AJC Atlanta and current AJC National Board member, she served as interim Director of the Atlanta office, and, together with her husband Steve, received the 2013 Selig Distinguished Service Award and chaired the Atlanta Jewish Film Festival for three consecutive years. Sheri also served as Board Chair of dropout prevention program Communities In Schools of Atlanta and chair of Temple Sinai’s Endowment Committee. Sheri was a member of the 1998 Class of Leadership Atlanta. She received her J.D. from Duke University and her B.A. from Kirkland (now Hamilton) College.