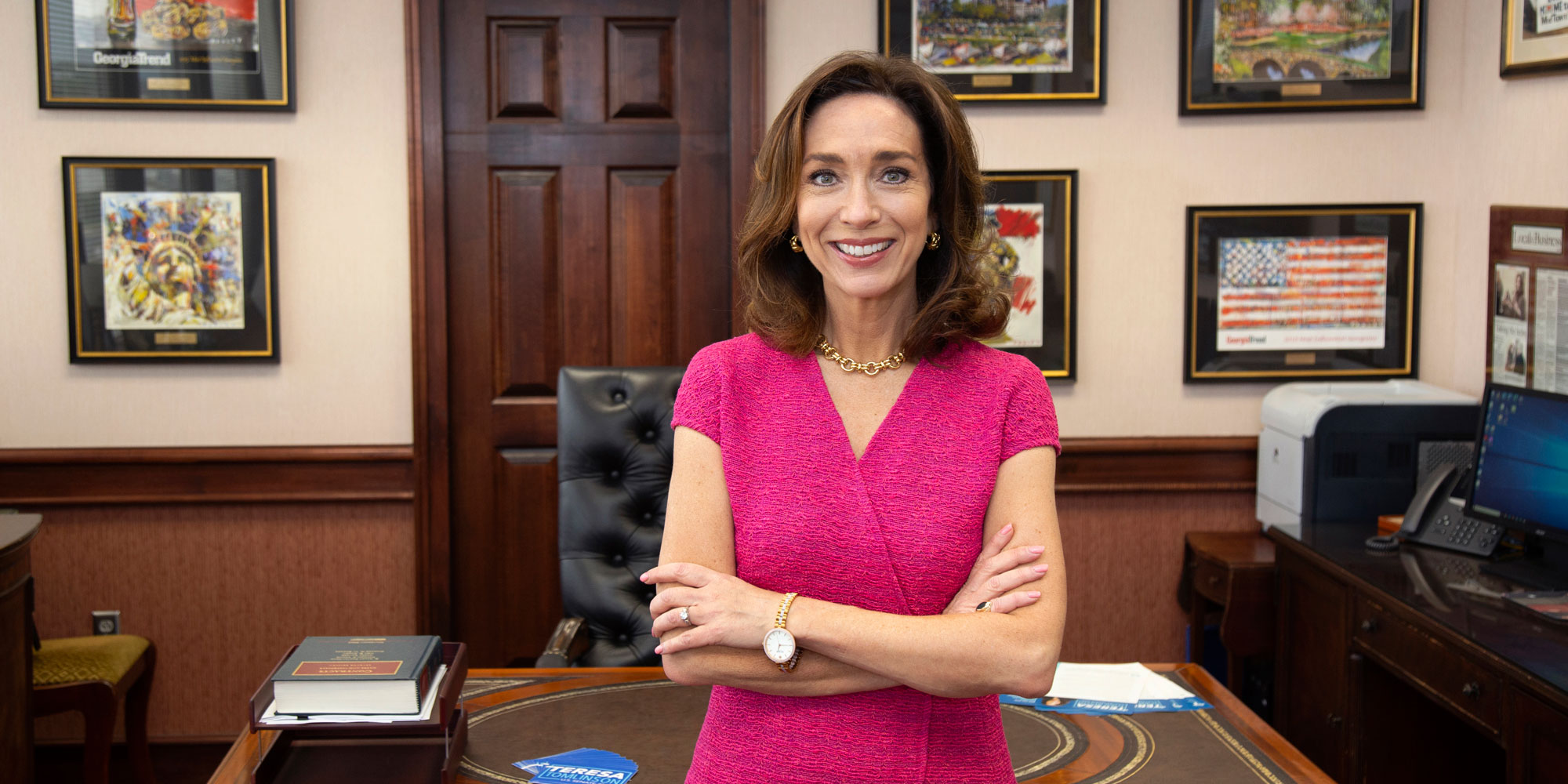 Let us suppose that you’re one of several Democrats in the U.S. Senate race against GOP incumbent David Perdue, and the cream of your party’s leadership is coming to town. What do you do?

You brand yourself as the tough-as-nails candidate who isn’t going to take his guff any longer.

In a sit-down Monday with a few local reporters, Teresa Tomlinson said she plans a more aggressive push against the first-term Republican she hopes to face in 2020 — particularly on social media.

“We intend to take David Perdue head on with this stuff about socialism. That’s crap and there’s no way the people of Columbus, Georgia twice elected a socialist mayor,” said Tomlinson, the former mayor of Columbus.

Asked to elaborate, Tomlinson said Perdue’s attacks describing Democrats as socialists are “his only tenet in this campaign.”

“He can’t run on his record. He can run on his close affiliation with Trump, but we’ve seen how that polls. They’ve decided to run on how all Democrats are socialists. We’re going to take him on. Undercutting what he means by socialism, that it’s a scare tactic.”

Here are some other takeaways from the meeting:

Tomlinson said she was motivated by an AJC poll that found a plurality of registered voters – 41% – were waiting to see who the Democratic nominee was before deciding who to back in Senate Race No. 1. “That’s because I’m going places and people are showing up. I’m not chasing people with MAGA hats, because I don’t think it’s a good use of my time,” she said.

— She’s developed a new mantra: “You need a candidate that’s progressive enough in Atlanta and pragmatic enough to carry those who live outside metro Atlanta.”

— Tomlinson said she said she’s confident in her fundraising ability and questioned whether Jon Ossoff, a Democratic rival who raised more cash than her in his first three weeks in the race, will be a durable fundraiser.

“I do not believe this is going to be a celebrity election. This is going to be a methodical, plod-along election,” she said. “I don’t think there’s going to be a rock star like there has been in the past, because there’s not a special election when all the nation’s eyes are on one race … There’s just too much action and interest going on.”

Then she added a prediction: “You are not going to see the type of escalating fundraising coming from Jon. He’s going to plateau out,” she said, before pivoting to his record-breaking cash haul in 2017.

“That was a one-off election when his race against Karen Handel stood all alone as a demonstration of fighting back against Donald Trump.”