Originally published in the AJC. 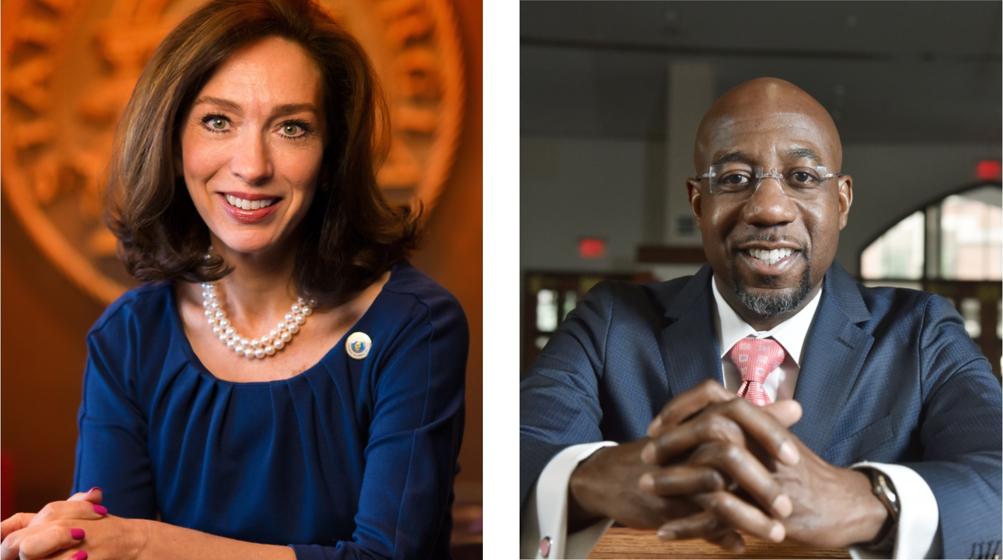 Democracy for America, a national progressive group, has endorsed Teresa Tomlinson and Rev. Raphael Warnock in their U.S. Senate campaigns.

Tomlinson, the former mayor of Columbus, is among several Democrats vying for the chance to challenge incumbent U.S. Sen. David Perdue in November. Others in that race include Jon Ossoff and Sarah Riggs Amico.

Warnock, pastor of Atlanta’s Ebenezer Baptist Church, is campaigning for the November special election to determine who will occupy the seat currently held by U.S. Sen. Kelly Loeffler. Before he launched his campaign, the most prominent Democrat in that race was businessman Matt Lieberman.

Democracy for America CEO Yvette Simpson said the left-leaning group’s members believe Warnock and Tomlinson are the best candidates to beat out the GOP incumbents and aid an effort to flip the Senate to a Democratic majority.

“As Mayor of Columbus, Ga, Teresa Tomlinson has led one of the best-run cities in America and, in the U.S. Senate, she’ll help correct the crisis of leadership and aversion to accountability in Washington D.C.,” Simpson’s statement said.

“Similarly, Rev. Raphael Warnock has been a leader in the fight for social, racial, and economic justice ever since he started preaching from the pulpit of Dr. Martin Luther King Jr’s Ebenezer Baptist in Atlanta. In the U.S. Senate, we know he’ll continue to model his commitment to service and fight for an America where every family has the ability to thrive.”
Democracy for America put its weight behind Stacey Abrams early in her primary race against Stacey Evans for the party’s nomination in the Georgia governor’s race.