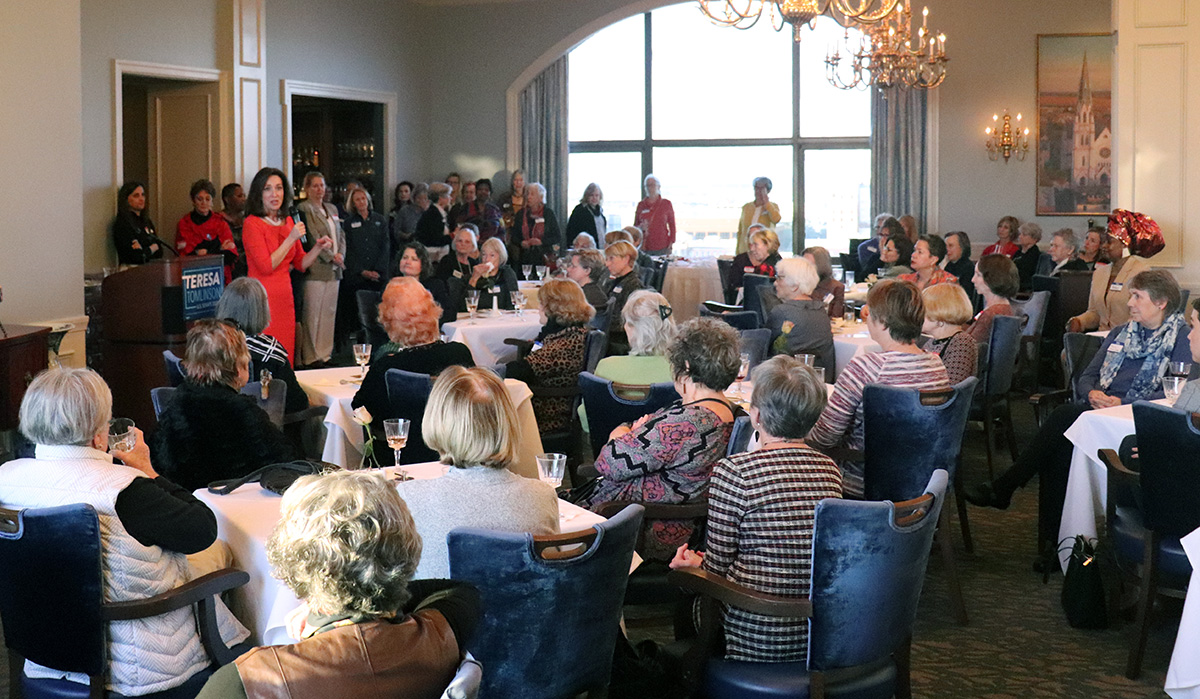 More Than 100 Women Turn Out to Hear From Democratic U.S. Senate Candidate During Visit to Southeast Georgia

More than 100 women, including former Savannah Mayor Edna Jackson, turned out to hear Tomlinson speak about her campaign, her vision for Georgia, and her plan for defeating Sen. David Perdue.

“Events like this one prove that we’ve got the momentum we need to win this race,” Tomlinson said. “I am so honored that women across Georgia believe in this candidacy and in our message that it takes someone with real gumption to win this seat.”

The event comes two weeks before an Atlanta campaign reception with over 100 women on the host committee alone, and was one of several campaign stops in Southeast Georgia this week, including well-attended events in Statesboro, Brunswick, and St.Simons.

After several events in the Brunswick area on Wednesday, Tomlinson rounds out her trip to the Georgia coast on Thursday with two events in Chatham County.