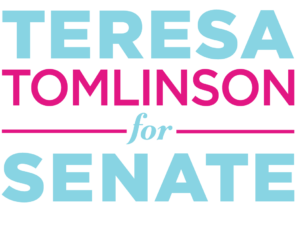 Everything that is wrong with Washington was laid bare yesterday. We learned of the rank corruption of United States Senators using a federal briefing to profit from stock market trade and the Covid-19 public health crisis, even while falsely reassuring the public that the virus was well in-hand.

I am running for Senate to take on that corrupt system as a former mayor and an attorney who specialized in fighting corruption and making the law work for everyday people. You don’t have to be an expert to know that Republican senators Richard Burr (R-NC), and Kelly Loeffler (R-GA) exploited their access to information obtained in Senate briefings about the aggressive threat of the coronavirus to dump their investment holdings before the market crashed on the rest of us. And, now, we learn David Perdue (R-GA) whom I seek to replace, likewise traded stocks after being privately briefed in his role as U.S. Senator. All three profited from information they received Jan. 24, in an all-Senators briefing on the Coronavirus.

For weeks they knew of the economically disruptive and life-threatening risk of the Coronavirus headed our way. They lied to and misled us, saying they had it under control, allowing the President to tell us, unchallenged, that the virus would simply disappear and that cases would be reduced to zero. That was the true “hoax,” as they like to say, perpetrated on the American people.

I call on any Senator who would abuse the public trust so blatantly to resign. Furthermore, legal proceedings investigating these matters must begin immediately to preserve what remains of the integrity of our U.S. Senate.