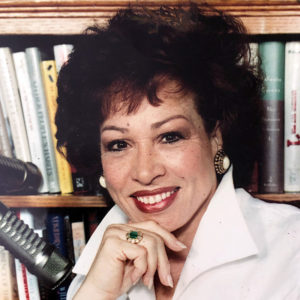 Columbus, GA — The Tomlinson campaign is excited to announce that Valerie Jackson has endorsed Teresa Tomlinson in her quest to win the Democratic primary and defeat David Perdue.

“Maynard often said being the mayor of a major American city is the most difficult job in politics. As Mayor of Columbus, Teresa Tomlinson led one of the 25 best-run cities in America. Her years of public service have well prepared her to serve in the U.S. Senate during this difficult time for our country. Join me in supporting this intelligent, accomplished and determined woman as our next U.S. Senator,” Jackson stated.

Valerie Jackson served two-terms as the first lady of Atlanta and is the widow of Maynard H. Jackson, the first black Mayor of Atlanta or any major city in the South. She is presently a Principal of Jackmont Hospitality, an award-winning, minority-owned food service management company and a leader in airport hospitality. Jackmont owns and operates restaurants throughout the country on behalf of Atlanta Restaurant Partners. She is Chairperson of the Maynard Jackson Youth Foundation, and the award-winning radio host of WABE’s Between the Lines and Valerie Jackson in Conversation.

During her tenure as Atlanta’s First Lady, Jackson served as Special Advisor to the Mayor’s Office of Economic Development, representing Atlanta from Moscow to Lagos. Her direct efforts helped to bring the Democratic National Convention to Atlanta in 1988 and the Olympics in 1996.

Jackson shared more than 25 years of marriage with the late Maynard H. Jackson, and is the mother of their two daughters, Valerie-Amanda and Alexandra.

“Valerie and Maynard Jackson made history. They showed the world that Atlanta was a city ready to meet its future,” Tomlinson stated. “Valerie is a savvy observer of Georgia politics. She does not endorse lightly, making her faith in this campaign and my candidacy a true honor.”