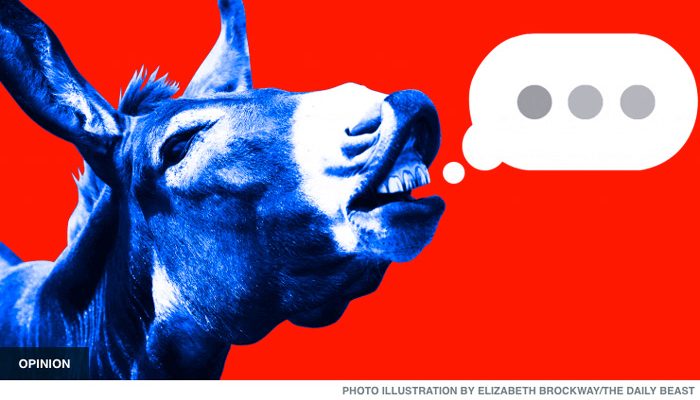 This article originally appeared in the Daily Beast on June 30, 2017.

In my neck of the woods, even two gay men in 2004 didn’t want to be Democrats. We can change this stigma—but we need to learn how to speak Republican.

You have known her for 30 years. She was in your wedding. She is smart and has a big heart. The day you realized she voted for Trump you were thunderstruck. “Who is this stranger?” you thought. Literally, your entire understanding of her crumbles. She feels your judgment and resents it. The dynamic of this relationship changes. It may evolve, but it will not be the same.

I may be able to help explain this communication and understanding gap and how to bridge it. I am a Democrat who speaks fluent Republican.

My parents were largely apolitical. My best friend in elementary school, however, had a father who was one of the few Republican legislators in the Democrat-dominated Georgia House of Representatives. While other little girls were at sleepovers or watching Disney movies, we were attending rallies and community forums or standing in parking lots handing out fliers. I became well steeped in Republican principles.

In college, I was the three-time president of the College Republicans, volunteered on Capitol Hill for Republican Senator John Warner, and was on the payroll of Reagan-Bush 1984 as the only female member of Youth for Reagan. I witnessed the Reagan Revolution first hand.

It was at the Morton Blackwell Leadership Institute for Republican campaign training in Washington, D.C., that a seed of doubt was first sown in the heart and mind of this young woman interested in the proper role and function of government. The Republican objective seemed more about using government for power than service. That impression turned out to be accurate.

By 1990, I had jumped the fence and never looked back. Republican principles had become hollow. Many had proven ineffective, while others were applied in shockingly cynical or hypocritical ways. I have since been associated with Democratic progressive principles and have twice been elected to the non-partisan position of mayor of the Columbus, Georgia Consolidated Government.

So, here is why your friend voted for Trump. She was voting for the perceived Republican Brand, not for Trump.

The Republicans have done an excellent job of defining their party in terms of class and social status. This status is primal and tribal. It is not easily shaken. Here are four components that underlie Republican Party affiliation:

1. Perceived Affluence—If you were born into wealth, Republicanism is a family tradition and, frankly, an obligation. If you weren’t, voting Republican suggests an economic class status that is free to obtain.

2. Power Association—If you are a Republican, you need no one. The brand conveys that you are quite capable of going it alone and succeeding. The feeling of strength that comes with that is intoxicating, even if it is not remotely true.

3. Economic Justice—Republicans are convinced that Democrats want to take taxpayers’ hard-earned resources and give them to the undeserving out of misguided sympathy. The favor in this perceived redistribution effort is intolerable to Republicans.

4. Faith Fortification—The Republican Brand is seen as an imprimatur of the faithful. It is a stamp of Christian fidelity, regardless of any actual ascription to Christian principles.

On the other hand, for 30-plus years, the Democratic Brand has been wrongly cast as being weak and catering to those in need of a disproportionate amount of government services. Of all the social and class stigmas out there, being perceived as weak or needy is about the worst. And that is the threshold many voters have been unwilling to cross, even if it means they have to vote for the likes of Donald Trump.

Take this case in point. In 2004, I was the southwest Georgia chairwoman of the Women for John Kerry presidential campaign. That was the year Republicans came up with the political strategy of placing the anti-gay marriage constitutional amendments on the ballot in over a dozen states, including Georgia. It would gin up the evangelical vote, depress the African-American faith-based vote, and generally be a boon to the struggling George W. Bush re-election effort.

One evening, I casually mentioned to a gay male friend and his longtime partner that I was working for the Kerry campaign—you know, fighting for the cause. Stunned, they both looked at me and said: “You’re a Democrat?” Equally as stunned, I exclaimed: “You’re not?” The deadpan response: “Honey, I’d rather be a gay Republican than a Democrat.” In 2004, that was saying something. Clear in his retort was the fact that there was only so much stigma a person could take, and being associated with the Democrat Brand was a bridge too far.

Recently, however, the Republican Brand has lost some luster, and the Democratic Brand is strengthening. In the four recent special elections, we saw the Republican congressional victors underperform their predecessors by eight points (Kansas), six points (Montana), 10 points (Georgia), and eight points (South Carolina). Each of these previously solid Republican districts is now “purple.” This is a Herculean feat for Democrats, particularly when you understand that these gains were made in districts where the Republican Brand is worn like a family coat of arms.

The margins will be bettered in 2018, if Democratic messaging will stop relying solely on moralistic arguments of how the strong should help the weak. The messaging needs to explain that the voters’ self-interest and the body politic as a whole are improved through Democratic policies. In other words, learn to speak some Republican.

Take the AHCA debate, for instance. Beginning and ending a discussion about the AHCA by noting that it benefits the wealthiest Americans and harms those on Medicaid is not broadly persuasive. A more persuasive argument includes the fact that the AHCA also threatens the affluence of Americans who do not believe they need any assistance with health care. Increasing the number of uninsured, as the AHCA will do, will create exorbitant debt for hospitals and increase local property taxes in order to fund public hospitals. It will increase health care costs, thereby increasing private insurance premiums. It will eliminate jobs in the relatively high-paying medical profession, and it will hamper workforce quality and economic growth. Without pointing out the economic impact to all, too many voters fail to see the negative affect the AHCA has on their self-interest. A purely moralistic justification for fighting the AHCA sounds sanctimonious to some, ends the conversation, and unnecessarily excludes powerful facts.

Communicating with people in their own language is an earnest gesture of meeting them in a familiar and comfortable space. It is highly effective at persuading, or at least tempering, an opposing view. It also comes in handy while rebuilding longtime friendships. It may even persuade that friend not to vote Trump next time.